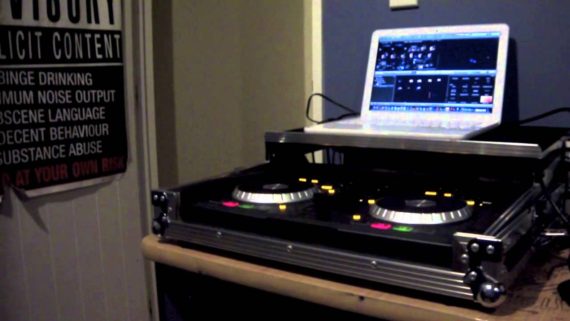 “IT HAS BEEN AN INDUSTRY SECRET, BUT RETIRING FROM DJ’ING WILL BOOST YOUR DJ CAREER IN WAYS YOU’D NEVER IMAGINE”

Often DJs ask us: “What is truly the best way to boost my DJ career? How can I fill my agenda with gigs a year out? How do I get people to flock to my socials? How do I sell massive amounts of MP3s and get on the radio?”

The answer is simple:

In a case study, Max van Roermond aka DJ Hyper Boltizi retired from DJ’ing at the age of 17. Hyper Boltizi had gathered 152 fans on Facebook. 67 followers on Twitter, 210 followers on Insta and 348 followers on Mixcloud. His Soundcloud with 1893 followers was deleted previously because he had posted mixes that infringed on the copyright of Dimitri Vegas & Like Mike.

During his 3 year career, he actually had many gigs. 129 performances in his bedroom to be exact.  He took his opportunity every time his mom left for the grocery store and wouldn’t yell at him for the ear-shattering brostep basslines that came out of his room. He announced the gigs on Snapchat 10 minutes prior to each gig and had 3 friends who watched his Facebook live stream at best.

We advised him to retire.

The day of retirement he was made fun of on social media.

One week later one of his followers noticed Hyper Boltizi had not tagged him for a week in yet another DJ mix he tried to promo-spam.

3 weeks later people started questioning if he was serious, and slowly but surely his friends started sharing all the mixes he had ever tagged them in.

It was wild! And his social media numbers suddenly grew in large numbers. In just a short amount of time, he gained fans from all around the world.

It took 2 months after retiring when he started receiving the first calls from record labels and management agencies.

Exactly 11 weeks after he retired from DJ’ing, he signed a very lucrative deal with Winnin’ Records from The Netherlands, one of the most influential players in the EDM genre.

Then Winnin’ Records got a call from New York. Belieber Management, the company behind some of the most successful popstars in recent times had noticed Hyper Boltizi’s fast rising star on social media. And they wanted to sign him for world wide representation.

It took 3 months of retirement, but it made Hyper Boltizi an instant star. Not much later, with a YouTube video that gained 5oom plays in a matter of weeks, he had reached  superstardom.

Hyper Boltizi: “It has been an industry secret, but retiring from dj’ing will boost your DJ career in ways you’d never imagine. Retiring at 17 was the best decision I ever made. It brought me a tremendous amount of success and I recommend it to everyone. Well maybe not to everyone. Some people really should retire. If you’re like 35+ years old.. I mean come on!! Who needs your old ass?“

Talk some shit in the comments!

DEADMAU5 INVITES YOUTUBE DUDE TO MANSION AND YOU WON’T BELIEVE THE TECH!

HAVE A NEW SONG OR REMIX TO SHARE WITH THE WORLD? EDM RANKS!