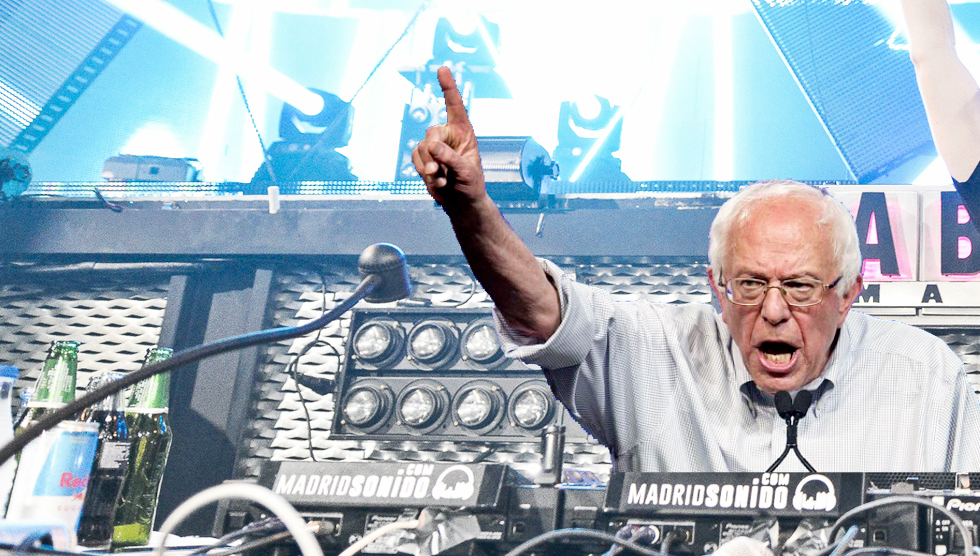 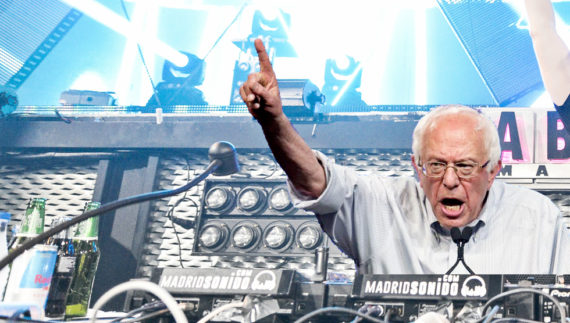 More often than not, crowds of 40,000+ cheer him on as he rages against the establishment.

BERNIE SANDERS may have lost the democratic nomination to Clinton, in recent polls Bernie is leading Clinton with a 10 times greater chance of winning the DJ Mag Poll.

Despite many people believing the DJ Mag Poll is more rigged than the democratic primaries, Bernie has an amazing following and proved to sell out stadiums on a weekly basis.

More often than not, crowds of 40,000+ cheer him on as he rages against the establishment.

Bernie represents the middle class like none other and he would never charge more than $27.00 for TomorrowWorld.

Bernie in fact invented the bass face when he had to suppress his anger on Hillary Clinton’s Iraq vote.

Go VOTE! We cannot wait to see the results this year!